Umrah in definition can be understood in two ways:

Juridically: a way of worshipping Allah swt by making an intention to perform Umrah, beginning with observing the rules of Ihraam to Tawaf (circumventing) around the Ka’bah and Sa’ie between Mount Safa and Marwa and completing it by the shaving or cutting hair (also known as Tahallul). 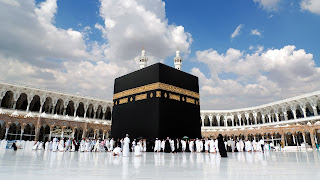 Umrah is a mini Hajj that is gaining popularity amongst the Muslim community. This could be for several reasons:

A deluxe* 11 days Umrah package cost a quarter of the price of a 30 days Hajj package (all inclusive).

*Standard package – With accommodation less than 100metres from both Grand Mosques, food three times a day and guide provided throughout the journey.

Which one of these FIVE groups do you belong to?

It is so heartening to see a growing volume of Muslims going for Umrah every yearmonth. Even with the recently imposed levy (https://berita.mediacorp.sg/mobilem/singapura/jemaah-umrah-berulang-perlu-bayar-levi-s-720-jika-ingin-tunai/3856550.html), we find many repeated Umrah go-ers who do not mind paying the additional SR2,000 on their next registration.

While discussing the content of my first blog post with Ustaz Jalaluddin, I openly asked, “Kenapa makin ramai orang nak buat Umrah, especially those yang kena bayar levy?” And as I know he would, Ustaz Jalaluddin took out a few books of references from his floor-to-ceiling bookcase.

I pretended to flip through some books (which were obviously in Arabic) knowingly trying to spot the word ‘عُمرَة from the list of contents to no avail.

He gently dusted one beautifully covered book, which title I could barely decipher. “Buku Ibn Maajah,” he said, reading my mind and proceeded to share where he bought the book from and who this Ibn Maajah was.

It became such a wonderful hour of enlightening sharing.

In his book, Ibn Maajah quoted our Beloved Prophet Muhammad saw, “The performers of Hajj and Umrah are deputations of Allah Almighty If they call Him, He answers them and if they seek His forgiveness, He forgives them.”

From the above hadith, he went on to clarify the significance of Umrah.

Hazrat Abu Huraira RA narrates that Prophet saw said, “An Umrah to another Umrah will be the refurbishment of sins for whatever occurs in between them.”

I find it so beautiful that Allah swt thinks of various ways to forgive His believers. While Hajj is one of the pillars of Islam and its benefits are great, Allah swt did not place Umrah on any less of an importance or significance. He erases one’s sins from the previous Umrah to the next Umrah that a Muslim performs. Who wouldn’t want that? Masya Allah!

“The example of those who spend their wealth in the way of Allah is like a seed [of grain] which grows seven spikes; in each spike is a hundred grains. And Allah multiplies [His reward] for whom He wills. And Allah is all-Encompassing and Knowing.”

In other hadiths, there were also mentions:

Umar bin Khattab RA narrated that Prophet Muhammad said,” Follow up between Umrah and Hajj for they increase the life span and dispels poverty and sins as fire confiscates impurities.”

This hadith is proof that Allah holds dear and is very much satisfied with those who walk through His path in hopes to please Him. And the act of performing Umrah is one in which He considers to be answering His calls.

With so many significance of Umrah shared, I hope it puts a little (or strengthens the) faith that going on your first, second or umpteenth Umrah never goes unnoticed (by Allah swt).

And now, let me ask you – Are YOU ready?